Home » Regeneration of former brickworks could lead to hundreds of jobs

BXB Cottam Properties is behind the works on the second phase of the regeneration of the former brickworks site in Cottam, North Preston.

The site is the subject of a planning application for a new district centre that will include an Aldi store, 89 new houses and 11,000 sq m of flexible retail and commercial accommodation. A planning decision by Preston City Council is due shortly.

The former works, which has benefited from investment of more than £10m from its owner and Homes England, has seen the first phase of the derelict brickworks regenerated by its partners.

BXB has delivered key infrastructure and Homes England has funded the construction of new affordable homes in partnership with Lane End Developments and Jigsaw Homes. A total of 116 social housing units have been built as a result.

BXB director, Gary Goodman, said: “The district centre at Cottam is a key component of the growth strategy for North Preston. The site is allocated in the Central Lancashire core strategy and the Preston local plan and is a priority site in the Preston City Deal.

“With the continuing levels of housebuilding in the area and a lack of local retail and other services, Cottam desperately requires a district centre to service local residents’ needs.

“This was underlined through public consultation in which the proposals received strong community support.”

He added: “Preston city council has been very supportive of our ambitions and so, regardless of the current economic problems, we are keen to bring forward this further investment to accelerate the delivery of the district centre.”

He said the only outstanding piece of the jigsaw is to secure agreement from Lancashire County Council and Homes England over the utilisation of a small parcel of land. Negotiations are currently at an advanced stage and a resolution is expected shortly.

Should planning permission be granted for the new district centre, the applicant will be responsible for a £1m community levy payment to the council.

The development is forecast to generate 170 full time jobs for the area, with a further 271 jobs during the construction phase.

Economists predict that it will generate an economic output of £41.7m a year and increase council tax revenue by £150,000 per annum.

Mr Goodman said: “As life returns to normality all stakeholders need to be pulling in the same direction in creating local investment opportunities that will benefit existing communities.

“Creating jobs for local people will be vital to the future success of Cottam and we are pleased to be playing our part and finally delivering the long-awaited district centre.”

After operating as a brickworks, the site was used as a landfill which accepted commercial and domestic waste.

Work has now begun on testing soils before treatment, with the objective of limiting the amount of material removed from the site to landfill.

The ground will then be engineered to an agreed specification so that it can accept development. Works will be completed by April. 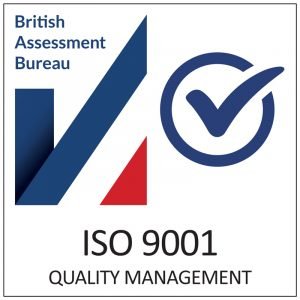